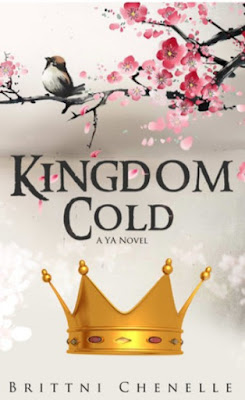 It all started with an unwanted wedding arrangement and an arrow that missed its target...

This is a story of love and how it can develop even in the most difficult of times. Kingdom Cold was a quick read (I read it in a day) that kept me going because of the many twists.

The whole story was good but the characters, not so much. I felt that the characters were plain and a bit glossed over. I understood their actions but I did not like, or connect with them. In fact, many of them were annoying. I also found it weird that they spoke like they had just come from the 21st century which ruined the whole historical effect.

On the upside, they were a realistic depiction of actual teenagers. They were impulsive, irrational and immature which was a pleasant change from the usual 'I am leading a revolution at 16 YA book characters I am used to'.

With that said, this was generally a good book and YA lovers should give it a try.

**** 17 days to go ****
*****This book will be released on Valentine's Day. Until then, enjoy the trailer
Labels: 3 stars Arc Diversity Diversity books Goodreads YA