Review: Song of Blood and Stone 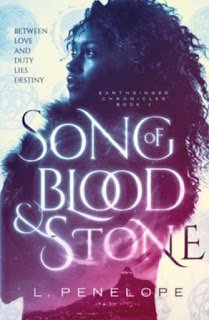 
***Thanks to Netgalley and the Publisher for a copy of this book.


A fantasy book with a dash of romance and a modern twist. The story is told in alternating POVs of the main characters Jasminda and Jack. We meet Jasminda at the beginning of the book. The poor girl is up-to her neck in problems and this is made worse by the fact that she is orphaned and alone. Things take a dramatic turn when she meets an injured spy and she is thrust into a different life where she holds the fate of her people in her hands.

This book had my attention because of the writing. It was different from what I am used to.  Normally I separate fantasy from anything in the modern world, so it was weird to read about telephones and have words like Intel,  airplanes and fourwheel drive vehicles in here.

My favorite parts of this book were the collected folk tales at the beginning of each chapter.Talk of humor and wisdom, who knew they would make such a good combination. Another positive was that it was nice to finally see a non Caucasian female mc in a fantasy book. The model on the cover looks a lot like Jasminda in case you were wondering.

There is also some romance for the romance lovers.  It is a sweet kind of romance where they fall for each other and nobody says a thing about the attraction.

My main problem with this book started somewhere in the middle. The book dragged on and on.  I honestly did not even see the point to some of the chapters.  Then there was the ending, after all that build up?
Anticlimactic is the word people. 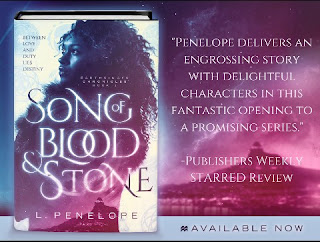 That cover... I need this on my shelf asap:)
Labels: 2018 fantasy modern fantasy review romanice