Review: The Pawn and The Knight by Skye Warren 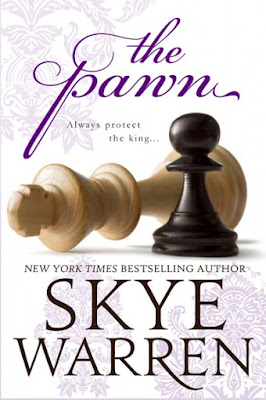 This is going to be a joint review since I read the second book in a few hours after completing the first one. The first book in the series is The Pawn then The Knight and finally The Castle. As the titles suggests chess is a part of this series. In The Pawn, we are introduced to Avery. A rich girl who has been pampered all her life by her rich father. All this changes when her father is exposed as a thief, a liar and a businessman involved in underhand dealings. Suddenly everything they have is taken away by the courts. Her father becomes an invalid after he’s attacked presumably by the people he tried to scam making things even worse since, there is no money to provide him with the care he needs.

In the middle of all this is Gabriel Miller. He is the man who destroyed Avery’s father by exposing him. He is one of the most powerful people in Tanglewood and is therefore not one to mess with. I will not spoil it for you, but let me say stuff happens. Gabriel gets to own Avery, at least for thirty days. As stated above I highly recommend this for 18+ readers and even then you should be aware that:
This is not some cozy romance
The sex scene and the language used is explicit
The interaction between the characters is one of a superior and an inferior. Trust me it bothered me so if you cannot stand it…
Gabriel is not a hero at least not in this book. He humiliates Avery every chance he gets. If all this has not put you off yet, then go ahead and read the book. By the way, it is free in Amazon right now.

The Pawn is written using Avery’s point of view. You get a front seat to view her humiliation, loneliness, desperation and anger. I really liked this book. I was hooked from the very first chapter. The writing was flawless, the characters morally gray and to top it all off an excellent plot. My favorite character is Avery so far. She is so strong even with everything collapsing around her.

If you like your romance a little darker, then you will enjoy this one. 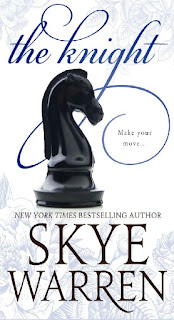 In The Knight we pick up from where we left of after Avery leaves Gabriel’s house. The plot thickens in this one as new things come to light. We discover that Gabriel is a villain with a heart and that other people we thought were good are not what they seem.

This book focuses a lot on Avery’s mother for reasons I still don’t understand until now. Through her mother’s diary Avery finds out what she thought about her parent’s marriage was a mirage. Even with the additional material to the plot the book falls short this time.

Most of it is repetitive, which makes it annoying to read. We are constantly reminded of stuff that happened in the previous book over and over again. I honestly think that if all the repetitive parts were removed, I don’t think that there would be a book at all.
Secondly Avery is so annoying in this book. She is so undecided all the time it is no longer understandable. One minute she’s like “Oh my gosh, Gabriel is so good to me, he saved me and of course he did not send those people to hurt my father”. In the next minute she’s like “Damn him, he is the one who hurt my father and I will take him down. I don’t care if he’s the devil”. This back and forth nuisance is what makes Gabriel my favorite character.

The ending is dramatic.  There is supposed to be a grand reveal but instead there is a fire. The only good thing we get to see is that she actually loves Gabriel. Duh! No surprise there.
Labels: 18+ favorite 2018 amazon Kindle dark romance romance series