I had 5 books on my 2018 wish list and now I am down to 3. I have already read Pestilence which was a total disappointment and I decided not to read a Court Of Frost and Starlight. So I just have these three now. Have you read any of them? Are any of them on your Tbr list?  Let me know on the comment section below;-) 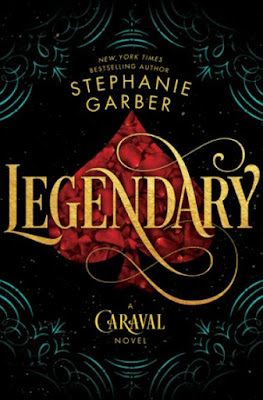 
A heart to protect. A debt to repay. A game to win.

After being swept up in the magical world of Caraval, Donatella Dragna has finally escaped her father and saved her sister Scarlett from a disastrous arranged marriage. The girls should be celebrating, but Tella isn’t yet free. She made a desperate bargain with a mysterious criminal, and what Tella owes him no one has ever been able to deliver: Caraval Master Legend’s true name.

The only chance of uncovering Legend’s identity is to win Caraval, so Tella throws herself into the legendary competition once more—and into the path of the murderous heir to the throne, a doomed love story, and a web of secrets…including her sister's. Caraval has always demanded bravery, cunning, and sacrifice. But now the game is asking for more. If Tella can’t fulfill her bargain and deliver Legend’s name, she’ll lose everything she cares about—maybe even her life. But if she wins, Legend and Caraval will be destroyed forever.

Welcome, welcome to Caraval...the games have only just begun.

2. Muse Of Nightmares by Laini Taylor 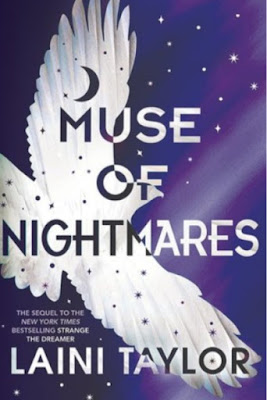 I need this so badly! Gosh the ending of the first book drove me crazy. Why are authors so mean? Sarai and Lazlo, I need to see my babies. I've missed them so badly.

In the wake of tragedy, neither Lazlo nor Sarai are who they were before. One a god, the other a ghost, they struggle to grasp the new boundaries of their selves as dark-minded Minya holds them hostage, intent on vengeance against Weep.

Lazlo faces an unthinkable choice--save the woman he loves, or everyone else?--while Sarai feels more helpless than ever. But is she? Sometimes, only the direst need can teach us our own depths, and Sarai, the muse of nightmares, has not yet discovered what she's capable of.

As humans and godspawn reel in the aftermath of the citadel's near fall, a new foe shatters their fragile hopes, and the mysteries of the Mesarthim are resurrected: Where did the gods come from, and why? What was done with thousands of children born in the citadel nursery? And most important of all, as forgotten doors are opened and new worlds revealed: Must heroes always slay monsters, or is it possible to save them instead?

Love and hate, revenge and redemption, destruction and salvation all clash in this gorgeous sequel to the New York Timesbestseller, Strange the Dreamer.

3. Smoke In The Sun by Renee Ahdieh 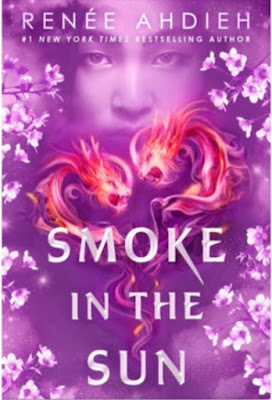 That cover is perfect *sigh*

The highly anticipated sequel to Flame in the Mist—an addictive, sumptuous finale that will leave readers breathless from the bestselling author of The Wrath and the Dawn.
After Okami is captured in the Jukai forest, Mariko has no choice—to rescue him, she must return to Inako and face the dangers that have been waiting for her in the Heian Castle. She tricks her brother, Kenshin, and betrothed, Raiden, into thinking she was being held by the Black Clan against her will, playing the part of the dutiful bride-to-be to infiltrate the emperor's ranks and uncover the truth behind the betrayal that almost left her dead.


With the wedding plans already underway, Mariko pretends to be consumed with her upcoming nuptials, all the while using her royal standing to peel back the layers of lies and deception surrounding the imperial court. But each secret she unfurls gives way to the next, ensnaring Mariko and Okami in a political scheme that threatens their honor, their love and very the safety of the empire.
Labels: 2018 Bookaholic buying books fantasy june YA young adult