This book had too much of everything!! 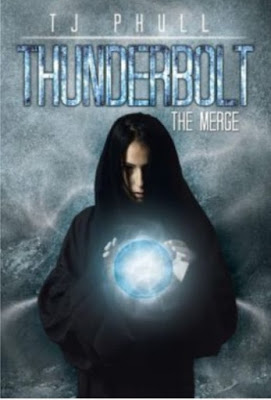 I received a copy of this book from Netgalley in exchange for an honest review.

Thunderbolt is a unique story that is partly Sci-Fi, Erotica and also Dystopian. It takes place in two worlds, earth, and a parallel world. The first set of characters lives on earth, that is, Vlad and Kara while the other version of them Vladimir and Kariana live in the parallel world.

When they accidentally swap bodies, and places with each other, they are forced to come up with a way to fix it before time runs out on them. Thunderbolt’s plot was one of the most interesting plots I’ve read this year. Too bad it was overshadowed by other elements of this book. Apart from the couple or is it couples? There was another couple who completed the circle of the main characters.

For the most part of the book, we got to see events from the points of view of Vlad/Vladimir and Kara/ Kariana. This proved to be a challenge because the author kept swapping their POVs without any warning. This made it difficult to keep up with the characters who as it turns out, were my least favorite part of the book.

Apart from the fact that I couldn’t be able to tell them apart, these were the most unlikable set of characters I have ever read. They were cruel, evil people who lied, killed and cheated on their spouses at every turn.

I don’t think I could recommend this book to anyone because I’m not even sure who it would be suitable for. This book as it is, would not be a lot of people’s “thing”. Apart from the awful characters, the book was also filled with explicit sex scenes. MM, FF sex scenes made up what was a huge collection of sex scenes in this book. What I can say is that before you start this book, read a couple of reviews just so that you can know what you are getting yourself into.