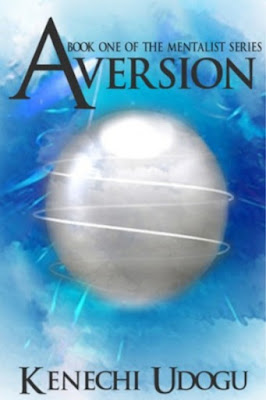 The author sent me the box set of this series which means I still have three more books to look forward to and enjoy. At the beginning of this book, we are introduced to Gemma. She would pass for a normal high school girl if it were not for her abilities. You see, Gemma is an Averter. This means that she can change a person’s thoughts in order to prevent them from impending danger. How cool is that right? She is able to get a glimpse of what is going to happen to a person and therefore tries to avert them from a disastrous situation.

This is basically what she was supposed to do when she performed an aversion on Russ (the other main character) only it seems like she did something wrong. He should not be able to remember her or what she told him that day. The problem is that he seems to remember ‘something’ and then there is the fact that he keeps following her at school.

Things quickly spiral after that. Gemma’s problems keep increasing from that point on. What follows is family drama, grand revelations and hints of romance between the two characters. What I loved the most about this book was the plot. I really want to see where it goes from here. It is what is keeping me excited even as I begin the next book.

There is not much to say about the characters though. They were overwhelmed and buried so far by what was happening around them. Be it Gemma, Russ or her dad or any of the other characters, none of them particularly shined in this book. What I loved about the two main characters was that their relationship was not a cliché. There was no insta-love that seems to happen in every book and apparently Russ doesn’t play football. The first time I read tennis I was like, ‘okay that’s new’. I just hope that their characters are more developed in the next book. I really want Gemma to be a kickass character! You know, to accompany the new powers.

To be honest though, even with a lot happening in this book, I was still not able to reach that place where I could say that I fully enjoyed the book. Aversion was a short book with a lot put into it. I could barely keep up and I only began to relax just as the book was coming to an end. I feel that a lot was revealed too soon, the author should have let us guess at least for a while longer on the connection between Russ and Gemma. Then again it seems that there is a lot more that is yet to be revealed so I’ll be patient for now. Even with that said, I will be continuing the series just to see all my questions answered.
Labels: abilities Aversion Averted powers review YA young adult